e celebrated through the weekend Neely & Daughters style, and now it’s time to take a moment to officially rest on our laurels…(pun intended.) It was a huge honor to win both “BEST SHORT” and “BEST OF THE FESTIVAL” for Ladies Revenge Club at GeekFest Film Festival at New York Super Week/New York Comic Con—the second largest pop culture convention in America, and an event that Time Out New York named one of the “Top Ten” things to do at all of New York Super Week. LRC was filmed entirely on location at Axis Theatre Company in NYC —my hometown— and made in partnership with some of the best and brightest the city has to offer. Thank you to the fans, friends, and Geekfest Los Angeles for giving us room on the big screen in the Big Apple. I hope my New York City contingent is celebrating this amazing win well! 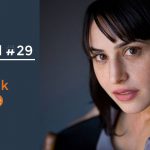 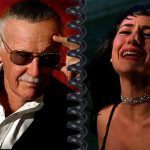