Off Broadway production and national tour

Starry Night Theater Company enlisted Neely & Daughters for creative strategy, art direction, and creative collateral for print, digital campaigns, and promotions for the Off Broadway production and national tour of Leonard Nimoy’s Vincent — reflections on the passion, love, and tormented beauty of the life of Vincent van Gogh, dramatized in an intimate one-man show.

Vincent won raves from The Huffington Post, Broadway World, and the Burlington Free Press, among many others, and was nominated as a Broadway World Best of the Year Critics’ Pick  in six categories — Best Actor in a Leading Role, Best Director, and Best Touring Production. Neely & Daughters’ creative marketing was so coveted that our design nearly backfired on the client. Not only was our Vincent merch a hot seller, but the creative took home the dubious honor of “most stolen” work we’ve ever produced — with posters and signage regularly dissapearing from venues and public spaces. 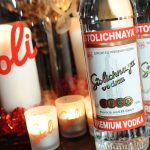