It was a very happy holiday for team Neely & Daughters, thanks to this incredible hat tip from Gearnews. Chief Creative Officer Margo Neely spoke with journalist Robin Vincent about the status of the Neely Air mi adidas | Roland TR-808 custom concept* and Neely & Daughters’ latest top secret revolutionary project in the music/tech crossover space. (Read: “Whatever Happened to These Synths from 2017” Gearnews official website.) We are thankful to Gearnews for giving us a chance to tease our biggest project to date and for offering support for our fearless leader:

What is perhaps more interesting is that Margo and her firm have been inundated with requests and offers from all sorts of top brands in the electronic music industry. And now Margo and her team are hard at work on a “revolutionary product” that, she claims, will surpass the TR-808 trainers in every conceivable way. There’s talk of lifestyle, wearables and game-changing, which all sounds very exciting. If any of Margo’s enthusiasm and self-belief could ever materialise as a product then I think it’s going to be awesome.

With a global online readership of 6.4 billion people and over 10.9 million coverage views and climbing, The Neely Air Mi Adidas TR-808 custom concept* has the entire world stepping to the beat. Created by Margo Neely, the project organically found it’s audience and the match was lit that sparked a worldwide fire in the mainstream media. The still-growing viral phenomenon has garnered full-page stories, video tributes, and fandom in hundreds of major print and digital publications on every continent across the globe. (Check out a small sample of press, organized by region, after the jump.) The innovative beat making shoes captured the imagination of the press and fans alike, disturbing the peace with an additional estimated engagement of 47 to 54 million across all social media channels. 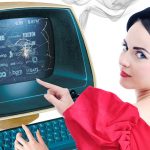 Oops! We broke the internet: 6 Bil for The Neely Air Adidas TR-808!*Creative, Press