If you don’t want to take our word for the fact that our “Disruptor in Chief” Margo Neely is producing “viral wonder” levels of creative future shock, then just listen to Clayton Christensen. He literally wrote the book on Disruptive Innovation. And now his Disruptor Foundation is giving a hat tip to Neely & Daughters on The Disruptor Awards Blog.

About the Tribeca Disruptive Innovation Awards:

The Tribeca Disruptive Innovation Awards (or TDIA), founded by Clayton Christensen, Craig Hatkoff, and Rabbi Irwin Kula serves as a living laboratory for advances in disruptive innovation theory and brings together the world’s most fascinating disruptors, whose stories will inspire anyone with an interest in the process of innovation. In 1997, Harvard Business School’s Professor Clayton M. Christensen published his groundbreaking book The Innovator’s Dilemma where he introduced his theory of Disruptive Innovation. Now entering its ninth year, the Tribeca Disruptive Innovation Awards, helmed by co-founder Craig Hatkoff, in collaboration with Professor Christensen, celebrates disruptive innovation across the full spectrum of traditional and non-traditional domains ranging from technology, biomed, politics, education, healthcare, spirituality, religion, economics, sports, fashion and philanthropy. The foundation’s marquee event, the annual Disruptor Awards, is presented in collaboration with the Tribeca Film Festival and the Harvard Business School’s Professor Clayton Christensen, originator of disruptive innovation theory. The awards focus on breakthroughs occurring at the intersection of technology and culture where frequent clashes and resistance to change impede social progress and solutions for some of the world’s most vexing problems. 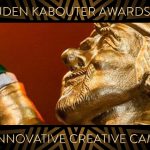 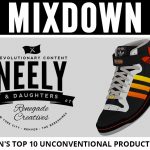